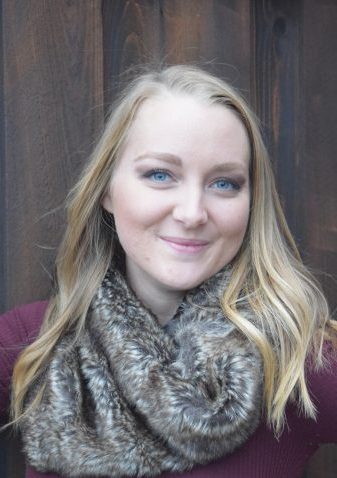 Deborah Naylor is an enthusiastic teacher who is passionate about helping her students learn to love music in a way that is tailored to their personality. She believes that music is a language that can be learned in an enjoyable way as students listen, try new things, learn to re-create what they hear, and find what musical style they like most.

She holds a Bachelor of Arts degree in Music emphasizing in Voice studies from BYU – Idaho. Her first year of college was at Weber where she was offered a scholarship as a double-major in voice and piano. Her piano pedigree includes study with her first teacher Carol Beck followed by study under University of Utah Adjunct professor Lenora Brown, along with Weber State professor Shaun Steiner, and BYU – Idaho professor Stephen Thomas. She has been in group piano class with Yu-Jane Yang from Weber State where she learned to transpose and perform a high level of technique. She has also ventured into the realms of Jazz Piano studying private lessons with Justin Nielsen. Under the direction of Aaron Miller she was a part of a Jazz combo where she played with five other musicians who transcribed, arranged, and performed pieces by Blue Mitchell, as well as their own jazz compositions.

Her aunt Gloria Naylor was the first to help instill in her a love for both classical and musical theatre. At Weber State University she studied under Linda Lee for a year. She studied private voice for two years under world renown Kris Ciesinsky where she learned a high level of dedication and professionalism as well as techniques to preserve the longevity of the voice. At BYU – Idaho she studied vocal pedagogy, vocal literature and opera with David Olsen. Preparation for her senior recital was under the direction of Paul Busselberg. She has been in high-level collegiate choirs for 5 years, has experience selecting singers and repertoire for choral events, and putting on concerts.

As a lyric soprano, she has been involved in various productions including leading roles such as Blanche from Dialogues of the Carmelites, Susanna from Le Nozze de Figaro, Frasquita from Carmen, Cherubino from Le Nozze de Figaro, and Gianetta from L’elisir d’amore. She was a lead role Salome in BYU – Idaho’s full-scale production of Savior of the World. Opera productions where she was a chorus member include scenes from La Cenerentola, The Bartered Bride, Dido and Aeneas, The Magic Flute, Tales of Hoffman, Candide, The Queen of Spades, Suor Angelica, and La Sonnambula. Other full-scale shows she has participated in the chorus include The Scarlet Pimpernel, CATS, and Charlie Brown. Aside from her own studies, she has taught collegiate group lessons alongside a professor as well as private voice lessons for beginning freshmen at BYU – Idaho.

Because of the variety of musical styles she has studied, Deborah has a unique perspective of what music is and where you can go with it. Some music students continue in the direction of a professional music career, others it will merely be a learning experience, but no matter what you do with your talents, she wants your music studies to be something that builds character, brings joy, and allows you express yourself; ultimately helping you to become the best you there is.

Reach out to Deborah Naylor to learn more!